Like many people, we had a number of places close by with fireworks shows. We decided that Ralphie’s Independence Day Blast at Folsom Field would make for a great “first year in CO” choice, as we had yet to visit the stadium for any games or events.

For as busy as things were, parking was easy to find and we took a nice walk through campus towards Folsom Field. The evening was beautiful – warm but not hot – unlike lots of areas of the US last night. (I’m looking at you, Illinois, with your 100+ degree heat advisory…) We had a few random sprinkles drop on us during the walk to the stadium, but it looked like any real rain was going to pass.

The musicians on the field put on a great show for the crowd. There were beach balls and paper airplanes flying all over, and the crowd had a “wave” rippling all the way around the stadium. There was a group preparing for the next part of the event down on the field, and Ralphie the Buffalo was in the corral, ready to run (at the right of the picture below). The sprinkles had passed, but there was some lightning to the south. We were keeping an eye on it as it approached, hoping it would head off to the east. 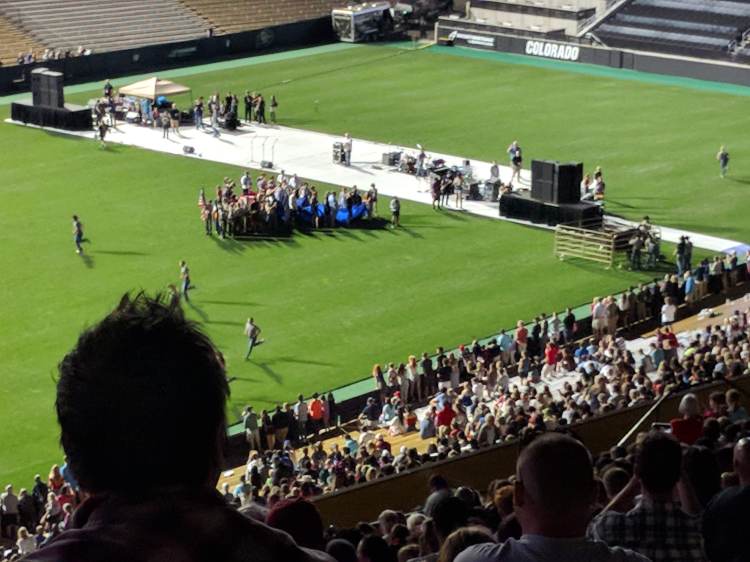 Alas, that was a no go. Before Ralphie got her chance to run, a voice came over the loud-speaker, and the big screen changed to a message instructing the crowd to head to the nearest shelter in place location. 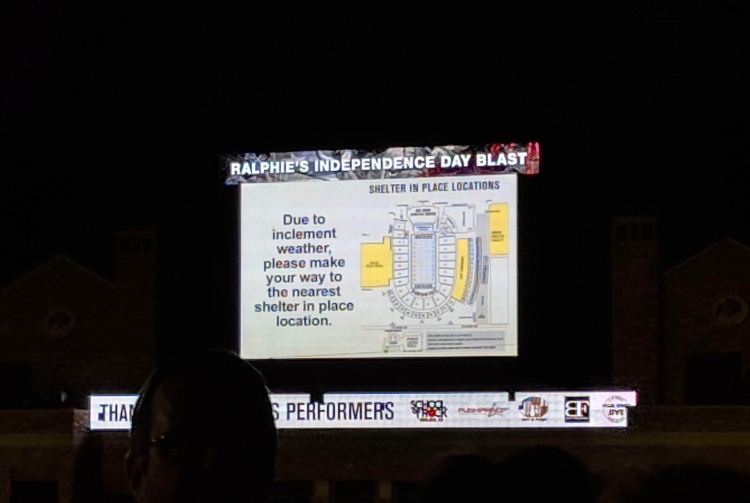 The entire stadium emptied out down into the concourses below, and everyone milled around while the lightning passed. It never even rained.

After about twenty minutes people started filtering back into their seats. An announcement was made, and the big screen updated. The show was back on. 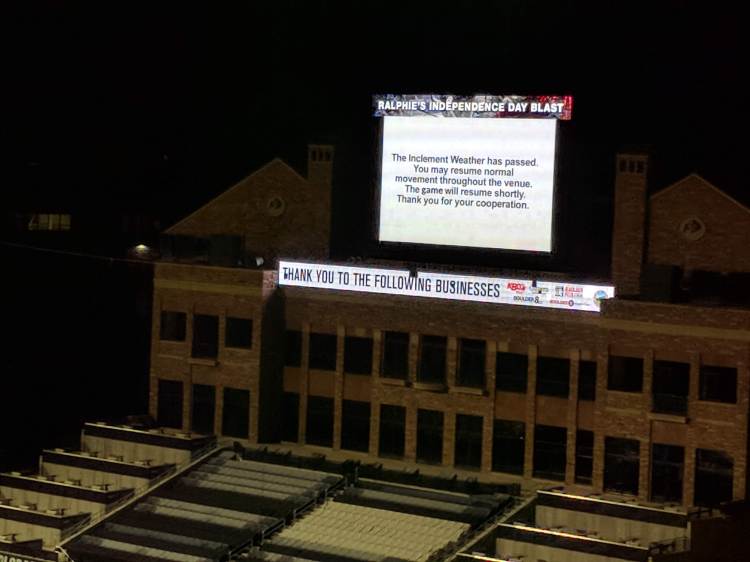 Ralphie the buffalo was gone however, so we didn’t get to see the run. So instead, you get this YouTube video from the Denver Post.  🙂

As the huge lights went dark the crowd’s excitement was palpable. The stadium reverberated with echos of stomping feet and was lit up by phone screens waving in the dark. It was time. 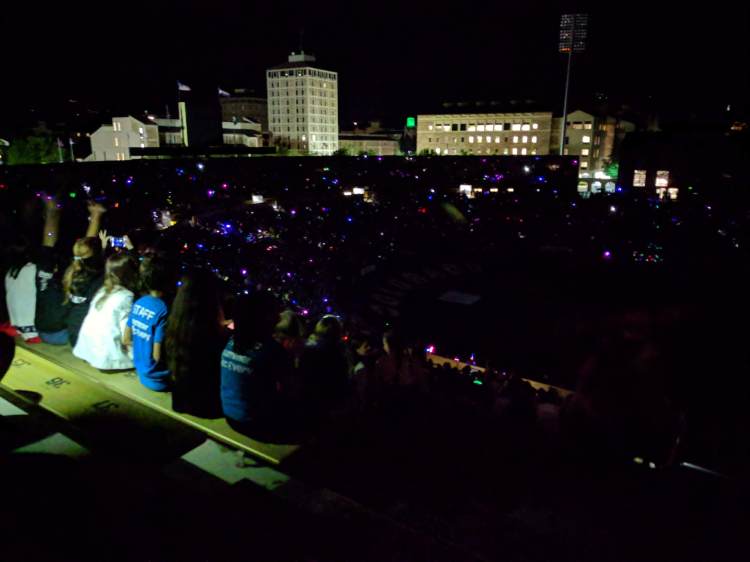 Patriotic music blared from the speakers as the first fiery trails lit up the sky over Boulder. Hoots and hollers from the crowd were rendered mute underneath the sound of the explosions shaking the stadium with each burst of color. 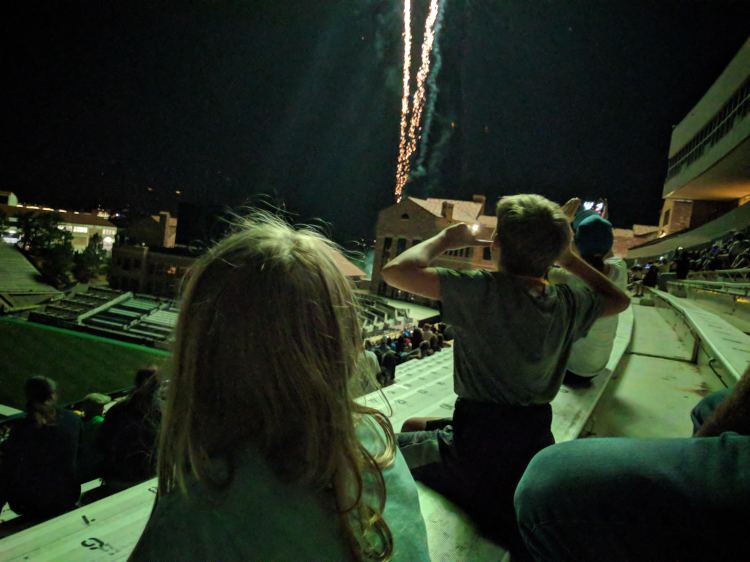 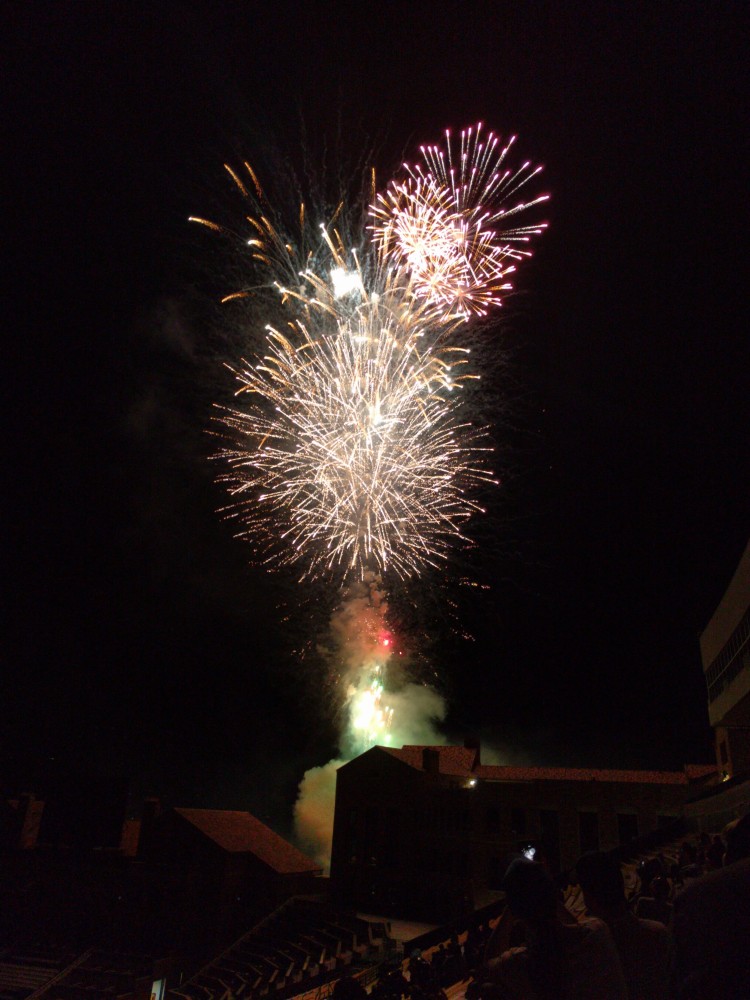 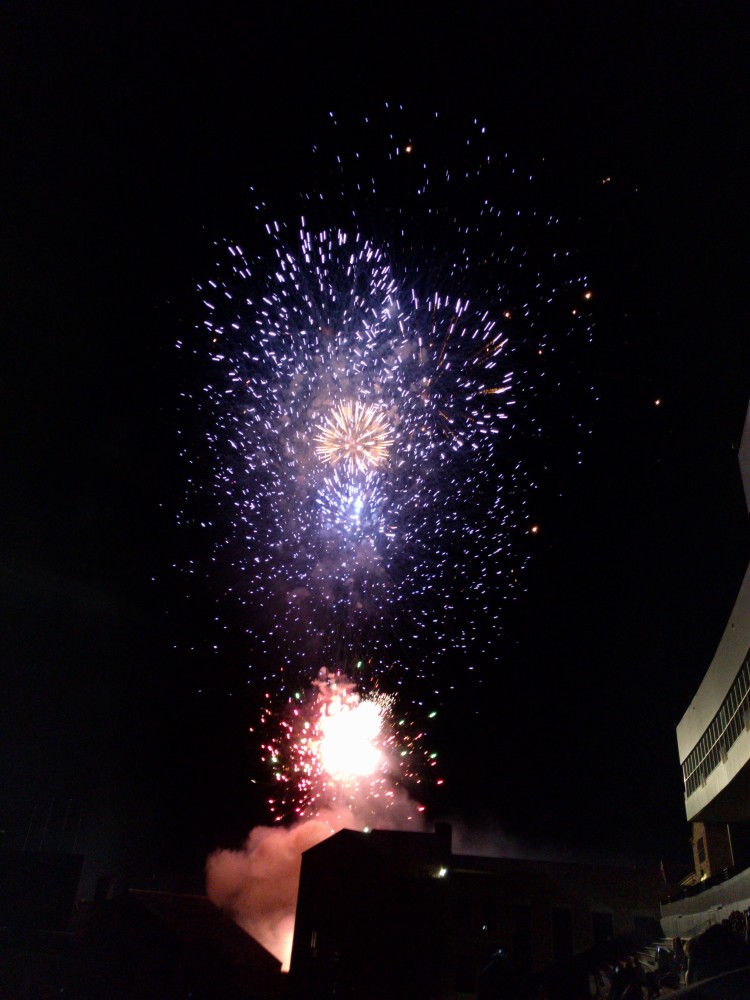 At least four different times I clapped – thinking we had reached the end of the show – but the fireworks persisted.

When we did reach the grand finale, it felt like we were holding our collective breath. The white bursts went off one right after another for what felt like forever. It was an amazing finish to the finest fireworks show I have seen. 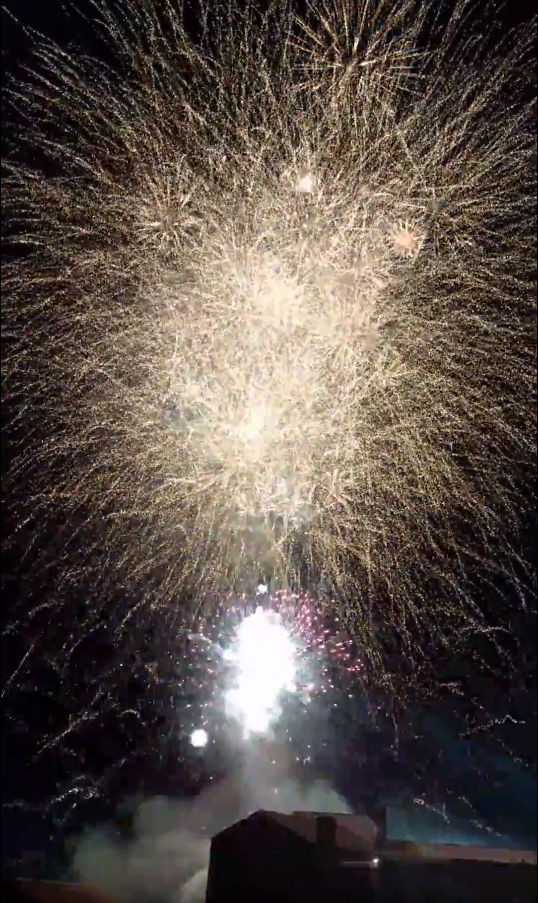