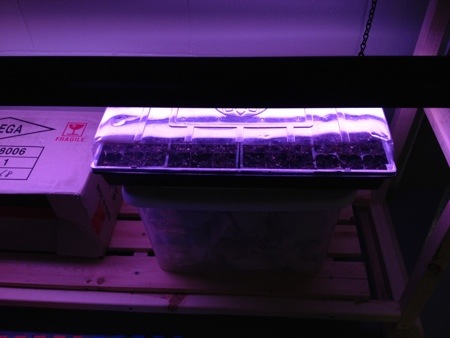 I started my first seeds of 2013 today. Since it is really early I just did tomatoes and peppers. There are nine starts each of eight varieties – four each of peppers and tomatoes. They are:

It is interesting to note that most of these seeds are from 2011 so I will be taking note of what the germination rates look like.